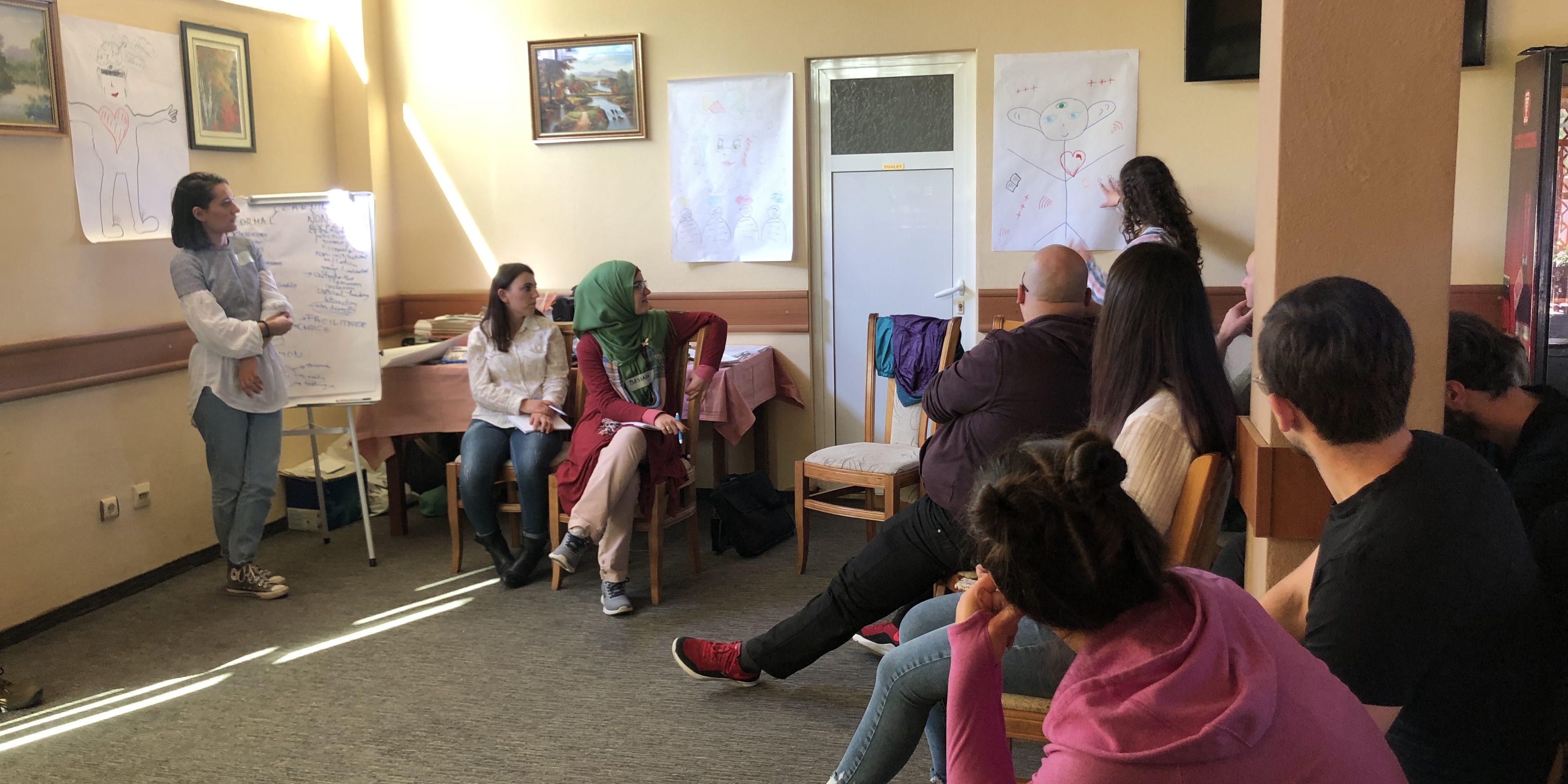 Last weekend we organized the training for Climate4change Workshop Facilitators in Gračanica/Graçanicë. Nineteen people came together to learn about non-formal education and climate change, and to become workshop facilitators.

According to our survey conducted in February 2019, only 3.2% of youth in Kosovo think climate change is environmental priority, but we think that can be changed through education and this is why we decided that organizing workshops in different schools would be the most effective way to raise awareness on the topic.

The first day of the training we had the pleasure of having Fjolla from TOKA, an organization that specializes in non-formal education as a way to empower youth, facilitate the sessions on non-formal education. She introduced teambuilding activities, ways to make an introduction, and the basics of non-formal education. In the afternoon of the first day we looked more at climate change as a theme, the basics were introduced in a non-formal way. The participants were incited to think in systems, as to understand how every action has a consequence. After that, a short introduction of ‘climate change & human rights’ as a theme was presented. The participants were asked to write down what they thought were the definitions of some concepts relating to climate change & human rights. The goal of this exercise was to show that there is no one answer when you think about these concepts. We ended the second day with an action plan of how to proceed the next weeks. For the next weeks the workshop facilitators will go to several schools to facilitate workshops. Students around the world are practicing their right to protest and freedom of speech to talk about Climate Change. The momentum is now to be aware and act upon it. At the last climate strikes in the week of 20 September till 27 September, 7.6 billion people went out to strike. In Prishtina we also took the streets and marched to the ministry of environment and spatial planning to make our demands known.

If you are worried about the future of your generation, or you are just interested to know more, you can contact us at this email address: climate4change@gaiakosovo.org and we can arrange a workshop to be held at your school/organization.

This grant is supported by the ‘Civil Society programme for Albania and Kosovo’, financed by the Norwegian Ministry of Foreign Affairs and managed by Kosovar Civil Society Foundation (KCSF) in partnership with Partners Albania for Change and Development (PA).