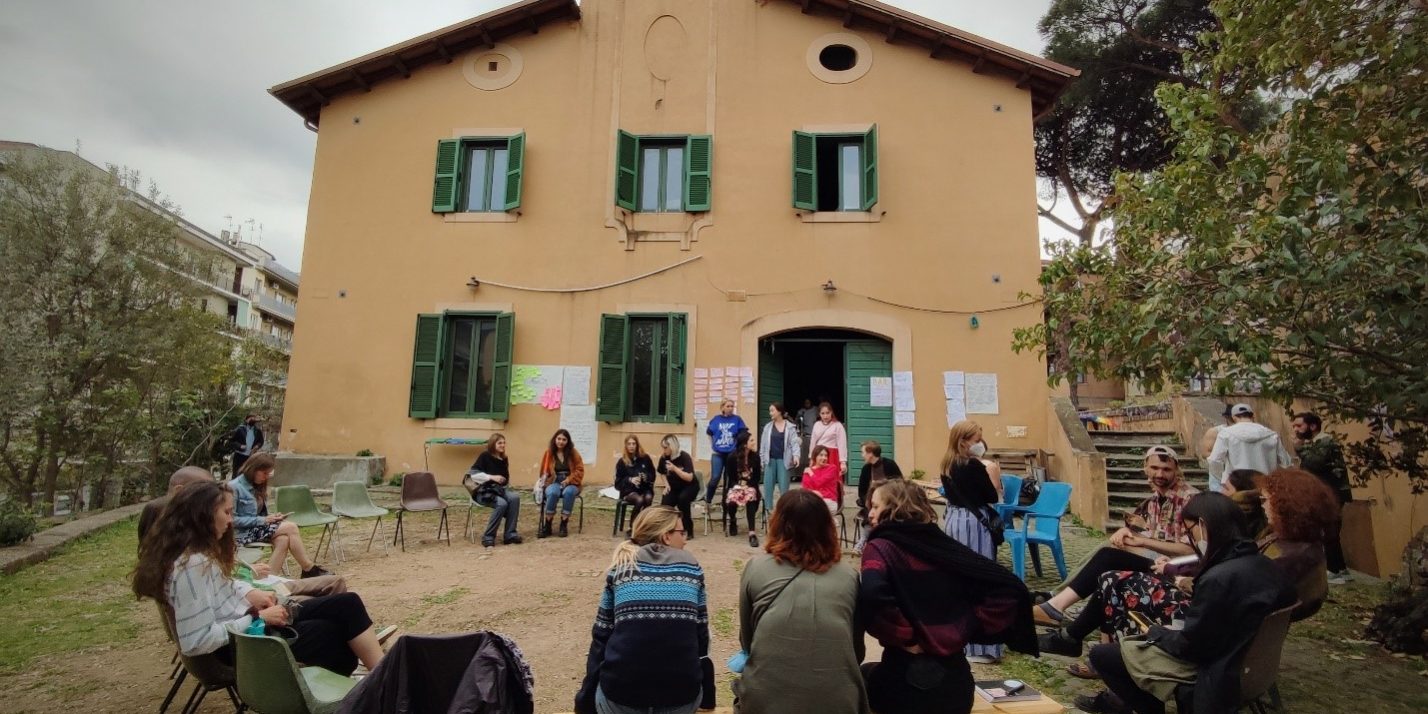 Last week (10th to 16th April) we were part of “The Gender Effect” training which took place in Rome, Italy.

This training was a great opportunity to learn more about gender and how feminist and queer movement are intertwined with each other. We got more informed about gender based discrimination and violence, gender-based conflicts and non-formal education.

Being in an open environment where everyone was respected, valued, and accepted for who they are was a really amazing feeling that we don’t get often. During the week we held many workshops in different methods where we discussed more gender oppression/ discrimination/ violence, the lack of awareness around gender, and LGBTQIA-related issues

Beside of learning all the things in theory, we had the chance to learn also how to solve and address these problems in practice. The non-formal educational methods on how to address gender in volunteering projects, work places or any other training, were an eye opening and we became more aware on how it’s best to cooperate in bigger groups. Also, all the tools were applied during the training and we had to see how they worked on practice: It was amazing.

Considering that the two of us who participated in the training come from different backgrounds (Zana; a graphic designer and Medinë; a social worker and feminist activist) we learned a lot and at the same time reflected on our actions and the actions of the people who surround us.

“As a graphic designer during these workshops, I got inspired on how I can use the resources I got and create artworks, workshops that can make an impact by being focused on topics.

Furthermore, at the training, there was a section called open space where I got the chance to facilitate the ‘Ideal Community” Workshop. Through this workshop, the participants got acquainted with their community map and they identified the problems or needs of it. That experience gave me a new perspective on facilitating groups of people with different nationalities and backgrounds.” – Zana Begolli

“For me as a feminist activist, I reflected on my activism and what should I do to become more inclusive on my work. Also, I had the chance to compare the problems and challenges we face in different countries on a feminist perspective, this helped me to understand the oppression and how different groups act in different ways regarding to their problems.

I’ve had the chance to share the tools we use in Kosovo for awareness and feminist activism. One of them was feminist journalism. Recognizing the importance and power of the media to influence collective consciousness, there is a need for a vocal feminist media. Incorporating a gender perspective into journalistic writing is one of the most appropriate and successful forms of highlighting problems that usually go unnoticed.” – Medinë Dauti

We were amazed on how we can use all that information on practice. We must say that the “Gender Effect” training was a very needed and eye-opening experience that will help us in the further actions related to the topics.

PDC course in Bozevce – experience of a participant
February 3, 2022