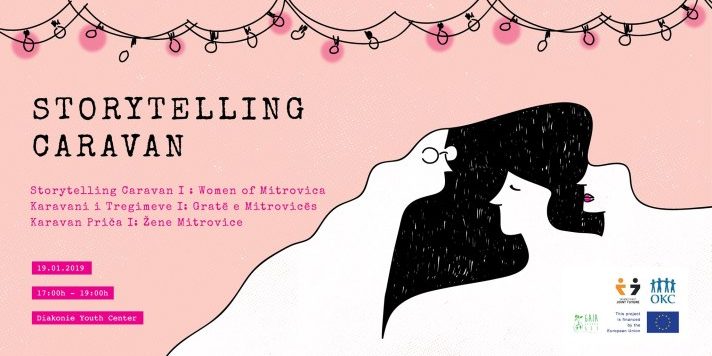 The past always has much to tell. Its stories are even more striking when change has been so brutal. On Saturday 19th January 2019, three women who lived long and fruitful lives in Mitrovica, three women from very different backgrounds linked by a common love for their city, came in the Diakonie Youth Center to share what they have to say about this town. Around twenty people came to listen to their stories, ones of ordinary lives for an Albanian, a Serbian and a Bosniak woman in Yugoslavian Mitrovica. A history sometimes forgotten, unknown by the youngest, some of whom were present in the audience. 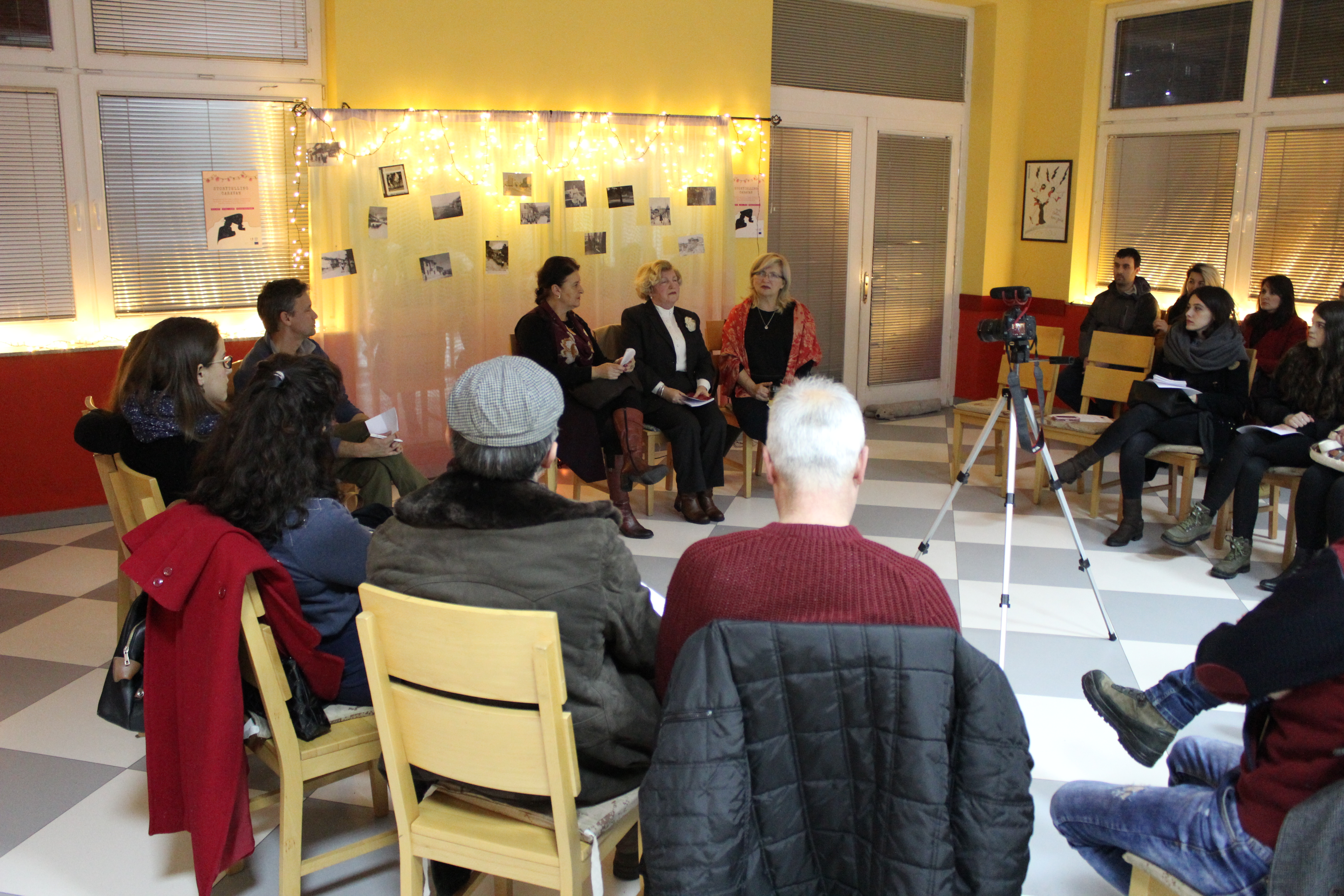 Valbone Prekazi was born in Prizren, but moved to Mitrovica at 10 years old, where job opportunities for her father were more important. At the time, she was instantly impressed by the level of urbanization of the city, by the three rivers and the life all around them. And, of course, by those lights which blinded her when she saw the town for the first time from the train. Those street lights also impressed Ružica Simić, who came to Mitrovica after her studies in Zagreb. She remembers vividly her first years in the city when she often went to the cultural center to socialize with everyone and anyone. Jasmina Kurshumlija, as for her, wants to remember first and foremost the musical life: the city was so rich with various bands, from all the communities, singing in so many languages and of so different styles. Our three speakers started to remember their long evenings of dancing on rock music with other students, or, some years before in the 1960s, in the dancing hall where the whole city could meet. Jasmina had this particular memory of a professor who had a singer daughter, and who owned this bar where concerts were held. Valbone surprised the youngest in the audience when she reminded that Mitrovica used to have not less than four cinemas. New movies were broadcasted weekly. She remembers “those westerns, with the cowboys”. 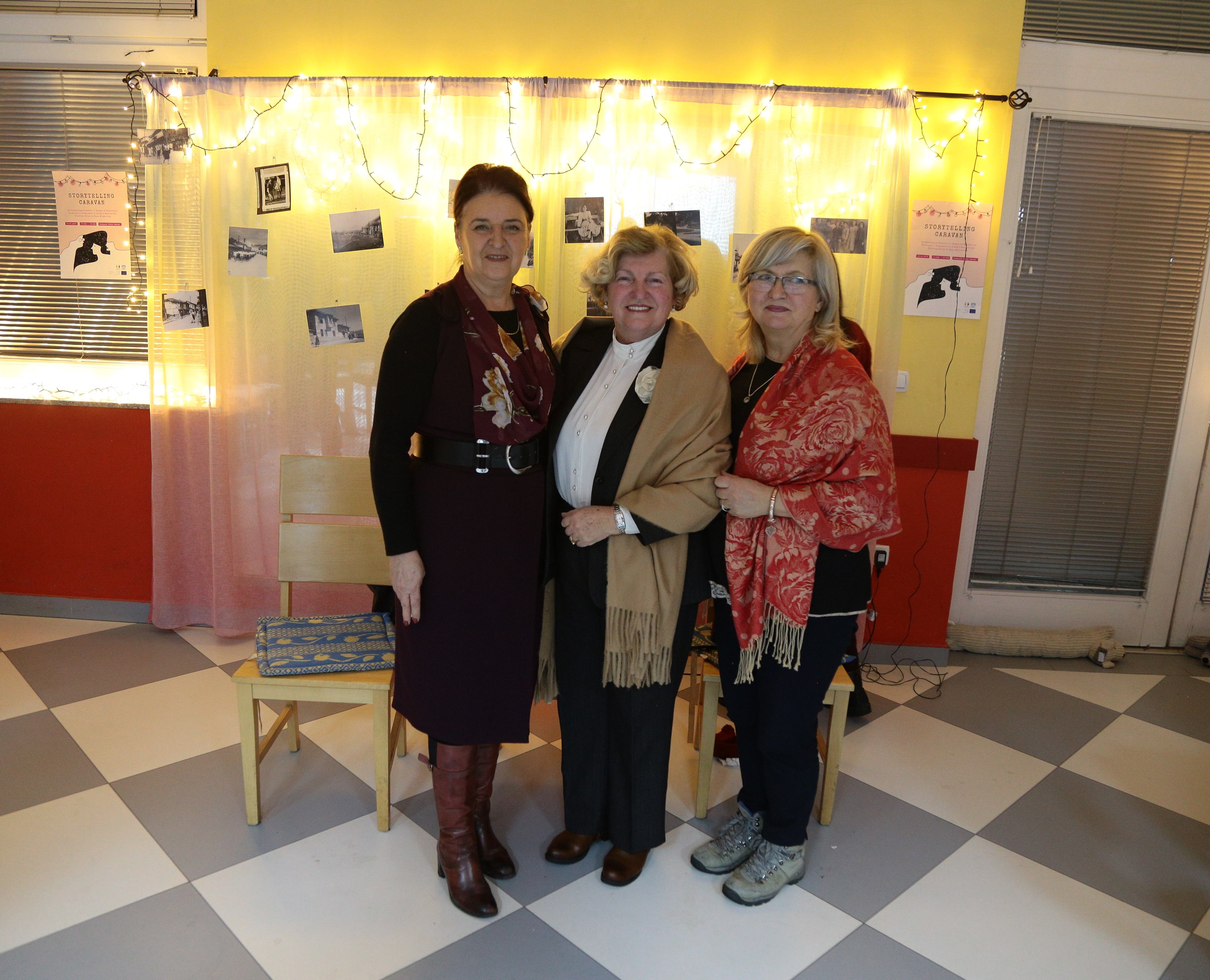 Social life was fertile at the time. Everyone met, discussed, laughed and danced together. Inevitably, our seniors had their opinion against these smartphones, which disconnect you from the outside world and, paradoxically, keeps us from really communicating. “Back then, we knew our neighbors”. And those neighbors had so many different languages, but they always find a way to be together and to become friends. Children easily learned how to speak their new friends’ tongue. But who needs language to dance together anyway?

Our speakers also had the opportunity to remember their time as students in the Gymnasium. Ružica and Valbone mentioned their female professors who had a big impact on their lives. Being a woman was easier then, they all contend. The situation was not perfect, and men still dominated the household, but harassment in the street was almost non-existent, and women were free to be creative, enterprising, influential. In a sense, society was less forbidding. “Guys had to call us on the family phone, and it’s our dads who answered!” In the end, for our three authentic historians, people were more romantic in the time.

Memories kept coming back. Valbone remembered how people from Pristina used to come here just for shopping and listening to rock music. People of Mitrovica went to support the football team of Trepça/Trepča, and would do anything to beat Pristina. Jasmina remembered how from her flat in the center of the city she could see full crowds of people going to work, or to study. The speakers started again describing those places where they used to go and meet, how people used to read more books and be more competitive about their knowledge. They laughed with the audience at such memories.

When the audience had the chance to address comments to the speakers, a young girl, born and raised in Mitrovica, expressed how much what they described sounds like another world to her. “It really feels like you are talking about a town I don’t know”. But then, she explained that this testimony is very inspiring, granting a deep motivation to transform our city towards a brighter future, giving it back its life, its love, its dances, and its lights. It was an opportunity for the three ladies to compliment the youth: life is harder today in Mitrovica, but a lot of young people are still willing to make this town a more beautiful place. They reminded us how they used to be proud to be from Mitrovica, this industrial town full of life. When asked if they could live elsewhere, the answer was unanimous. There is no way.

Following a question by a young member of the public, Valbone narrated how she went to the northern part of the city in 2007, to get some documents she needed. She was not scared. It was where she used to live. She regretted to see that her former friends were not around anymore. They most likely moved away, like so many. Ružica concurred: she often goes to the south of Mitrovica, and to Pristina with her daughter. Things are not so black and white. 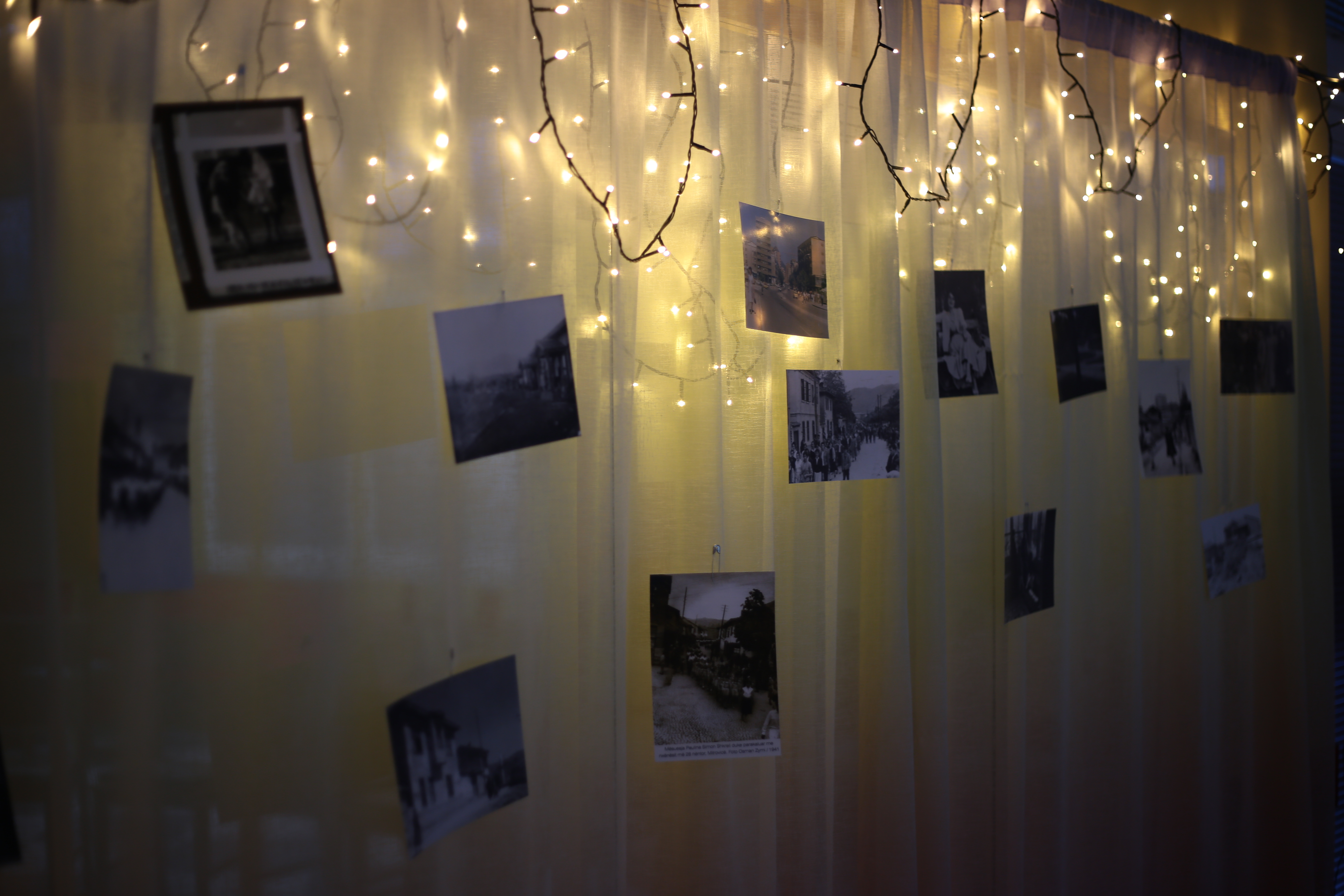 During those two hours of complicity, through stories and laughs, just behind our three storytellers were displayed old photos of the city, granted by the city museum, which is also a partner of the project. In those pictures, from the 19th century to the 1970s, women were posing in magnificent dresses, were marching in a pro-Tito demonstration, were walking in the streets, were working around the houses. Those stories from the past became faces, postures, crowds, families. In front of the pictures, young inhabitants of the city were confused. We never could get for sure if the photo was taken in the north or in the south.

Storytelling Caravan I: Women of Mitrovica was the first event of the project “Mitrovica’s Joint Story”. This project is financed by the European Union, through the project Divided Past-Joint Future with OKC as leading applicant and organized by GAIA Kosovo. Four monthly events will follow, on different topics exploring our experiences of Mitrovica.

The content of this article does not reflect the official opinion of the European Union. Responsibility for the information and views expressed in the article lies entirely with the author(s).

Acts of Solidarity in times of (in)differences in Mitrovica
April 2, 2021

The diary of destruction! Streams of the Sharri Mountains
September 20, 2019