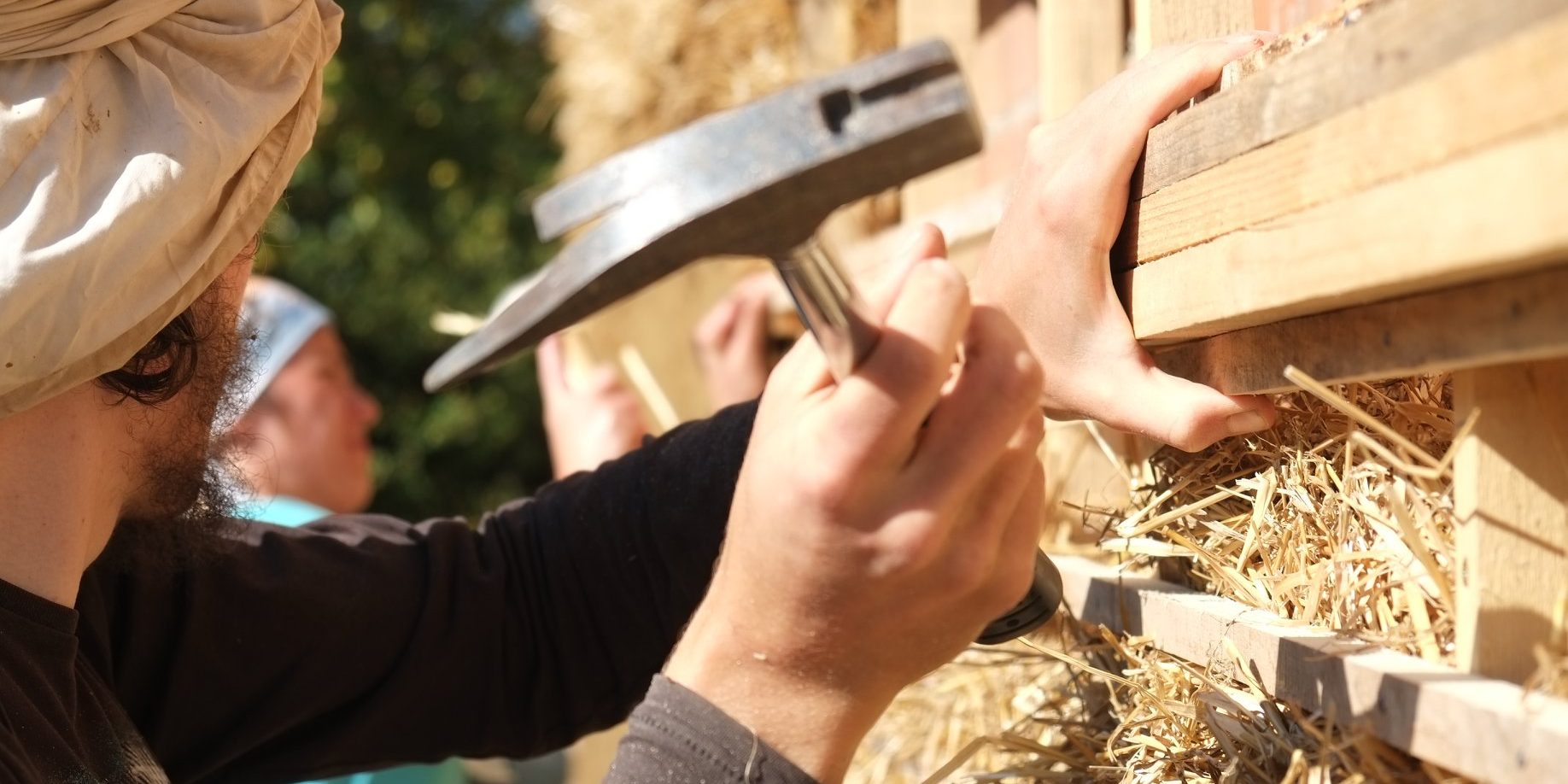 A few months after his arrival in Kosovo for his European Solidarity Corps (ESC) project in GAIA’s permaculture estate in Bozevce, Ismael wrote a short piece on how he was feeling there. We asked him to reflect again on the whole experience more than a year after his departure.

A few years ago, when I was still a lifelong city dweller and quite content and even proud of that condition, I thought a simple countryside life was the very picture of boredom. Now that I’ve spent almost three months up in the mountains of Kosovo I see how wrong I was, and I could even say the complete opposite of what I then believed is true, because I can’t recall a period in my life as rich in experiences of every kind as this short time I’ve been here, in the minuscule village of Bozevce. While in the city you might be able to go to as many different pubs, theatres, shops and restaurants as you desire, where amongst those places would you find, however much you look for it, the sight of of flowers blossoming and drying and of fruits getting riper every day, the sounds of wind, of water and of birdsong, the joy of feeding plants and animals mixed with the regret of having hurt them so much through our thoughtlessness?

Very few of my close friends and relatives really understood my decision to become a volunteer. Why work if not for money, why do so in a field not related to my studies, which will hold my career back, why travel so far when not on holidays or making a business trip? Then I could only reply one should not volunteer for selfish reasons, that it’s not us but the people and ideals we serve that are important. But, if that was not convincing enough, now I could go further and add that volunteering has taught me for free things university could not, though they charge tuition fees, or that since I am a volunteer I’ve been to more places, met more people and witnessed more wondrous moments than in all of my past journeys for pleasure. We should of course not do what’s right just because we’ll feel good afterwards, nor should we avoid making mistakes solely in fear of the sorrow of regret, but it is nonetheless true that a clear conscience is the softest pillow, and I can say I sleep sounder here than when I was working for good grades or to save up for trips around the world.

After that, people would come up with the slightly harder question: and why in Kosovo?, because for most of us, myself included, that name only brought back to mind vague memories of a distant war, which was broadcast to us by television. But though there is still conflict and poverty on this land, those words don’t mean the same to me now that I live here. Today, Serbians, Albanians, Roma and other nations populate this country, and the sad reality is that they all tend to mistrust each other. So what? To me this is only the chance to help and get to know and love people of very diverse backgrounds, perhaps pushing them to overcome some of their prejudice towards strangers. It is also undeniable that Kosovo is one of the poorest countries in Europe. So what? We can certainly make do with less means than in the West, we just need to spend less and reflect more about which of our needs are real and which of our things we could do without.

In short: don’t let your fears put you off becoming a volunteer or charity worker, and not only because things are usually not as bad as we fancy they might be, but especially because the good you’ve done in this world is the one and only thing that nothing and nobody can ever take from you.

Time keeps passing, and it’s now been more than a year since I finished my voluntary service in Kosovo. During the nine months I spent there after writing the text you’ve read above, I had many other memorable experiences. I participated in three international voluntary workcamps, met lots of lovely people from all around the world, talked about my life as a volunteer with people representing various NGOs from all over Serbia and Kosovo, got to know the languages, culture, history, art and religions in Kosovo more deeply, …

Looking back, I can say my year as a volunteer was a very happy time, and an important step towards the new life I’m starting now. I went there because I wanted to help others, putting to use my knowledge, abilities, time and efforts for a noble cause. But there is a paradox in volunteering: the more you give yourself freely to serve others, without expecting any reward, the more you will receive.  The world might think you’re crazy not to look for a profitable job as soon as you finish your studies, instead of working for free somewhere far away, but take my word for it: you won’t regret it.

And – who knows? – you might end up finding out your true calling in life. Before becoming a volunteer, I had never even lived in a community, nor far from the city, nor led a simple lifestyle, nor worked much with my hands, and now I’m on track to keep doing all those things for the rest of my life. How? That’s yet another story that started in Kosovo. You see, soon after arriving there, I met the Draganac brotherhood, a community of Eastern Orthodox monks that works with GAIA in various projects. I later lived a week with them as a participant in the international voluntary workcamp that takes place there every year, got to know their lifestyle and felt attracted to it. Not long after coming back home, I spent some days in another monastery, close to my father’s hometown, soon I came back for a few weeks and now I’m living here and plan to become a monk as well, God willing. So be careful with volunteering: it’s addictive, and it might change your life for good!

Learn more about joining ESC projects abroad on this page (shqip, srpski, romani, türk). You can contact GAIA on info@gaiakosovo.org for further information.

The Greenbelt Camp – An ESC testimony by Qendresa
October 18, 2021